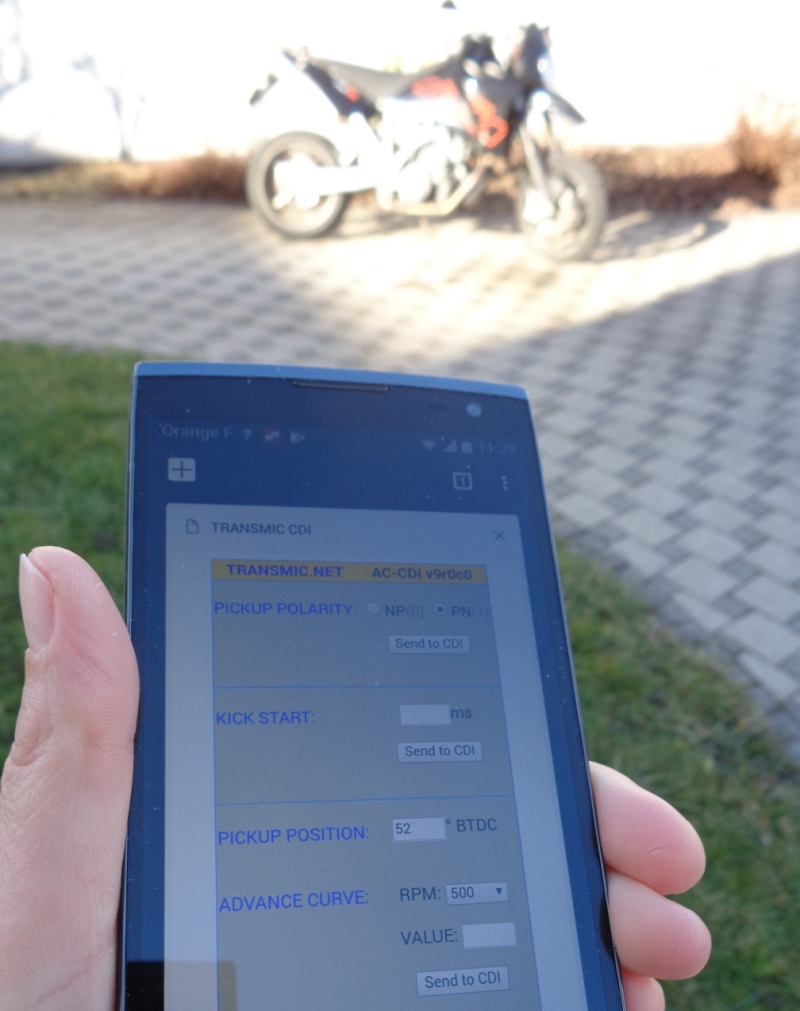 * Twin-cylinders:
If the engine works with WASTED spark and if there is ONE twin coil.
=> This AC-CDI should works.

If the twin engine doesn’t support wasted spark:
=> This AC-CDI will not work

Remember there are AC-CDI and DC-CDI…

– 1 input for inductive pickup with 1 signal per crank rev.
or for 1 inductive pickup with separate output for low and high rpm (XT600)
– Pickup must give 2 to 30Vac
– Points, reluctors, Hall sensor, optical sensors can be used as long as they give only 1 pulse per revolution.
– CDI is not compatible with multi-pulses pickup or missing tooth wheel. 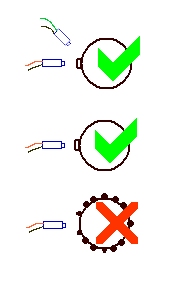 – input for low pickup if any.
– Jumper JP1 can be choose to help cranking: 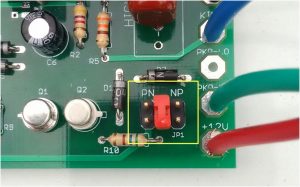 There is no “Hard rev limiter” that stop all sparks above a given RPM
but you can drop the timing back far at high end so the engine cannot rev more. 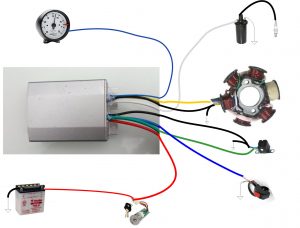 To proceed to the initial setup

NB: Each time you log on the CDI the form display a pickup position of 52° which is the default value, but not the value you had previously entered.

In CDI mode, with KILL SWitch not connected to GROUND:
Red led blink 3 times then both led are OFF => CDI is in ignition mode.(default mode)
Videos: mode_CDI mode_CDI_slowmotion

In Access Point mode for wifi programming, when Kill switch is connected to GROUND prior to turn the master key ON:
– Red led blink 3 times
– Buzzer ring
– Red and Blue led are steady ON. => CDI is in Programming mode
– After 5 seconds, buzzer ring => CDI is ready to be programmed
Videos: mode_AP mode_AP_slowmotion

The Blue LED turns off during Wifi communication with the processor.

it’s the length of time the cdi box will retard the timing for anything under 500rpm.
Values are around 15 to 30ms. You can use this Excel sheet to calculate how much advance it would give at crank speed.

10 meters distance from the CDI (compared to a regular ISP box at same distance):

Version 9.3 has drastically reduce the current needed in CDI mode.
Only 10mA and 14mA with sparks. Can be powered on with a simple 9v battery cell. 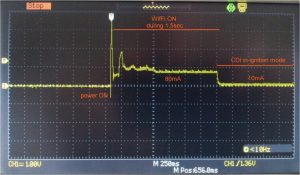 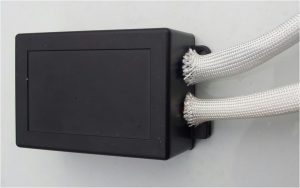